The dig to the X+ Z- World Corner 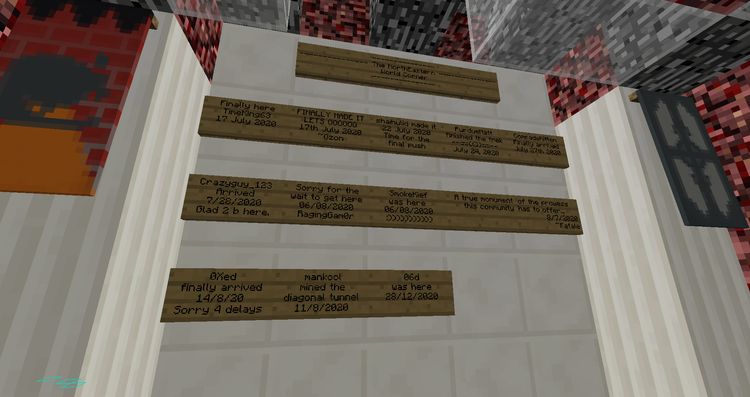 After traveling i decided to dig to the X+ Z- World Corner, apon the way i came across another tunnel owned by 0Xed (one of the original diggers to X+), after further contact we decided to work together on digging to the corner.

Later on Fatale and SmokeKief decided to join in with the dig and help here and there. We also found out that the tunnel rats was doing the same thing, digging to + - from the Z- world border.

Our target goal was 29.5M X+ 29.5M Z- (OverWorld) so both groups could work together on digging the final 5K OverWorld blocks.

It took many months to get here, the tunnel rats getting here first and helping us during the final stretch.
TIMELINE
Server Name: Constantiam
Server Address: constantiam.net
Server Website: https://constantiam.net